A Note From Josh 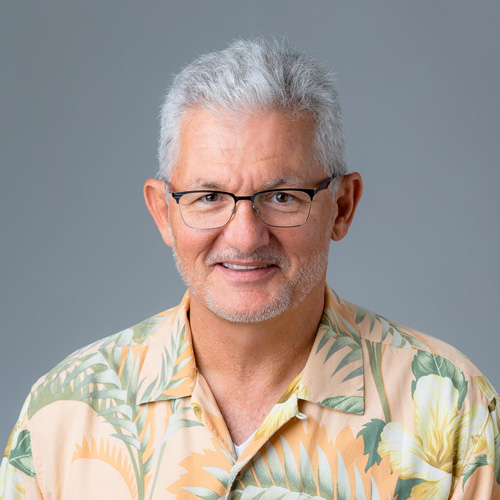 Ted Dintersmith’s first trip to Hawaiʻi happened in May, 2016. As it was for other states on his Most Likely to Succeed, 50-state tour (Virginia and North Dakota come to mind) his six days in the Hawaiian Islands added rocket fuel to a nascent movement to reimagine teaching, learning and what school could be. I remember the moment like it was yesterday when I saw Ted’s tweet, posted from the departure gate at Honolulu International Airport. He tweeted that Hawaiʻi was going to be a model to the nation and the world of innovation in education. For many of us, his words, which we took as a challenge, were all we needed to press on towards place-based, culture-based student-driven learning and real world challenges in public, public charter and independent education. That was six years ago.

This October, Ted will return to the islands for his 13th visit. During his week on Oʻahu, Ted will tour schools on the Windward Side of the island that are part of a “zero waste” project, be the featured panelist at a breakfast panel hosted by the Hawaiʻi Venture Capital Association, the Funder Hui and the What School Could Be Podcast, and participate in discussions with the movers and shakers in both Hawaiʻi’s  business and educational sectors.

At Leading Schools of the Future, Ted will discuss how we accelerate, elevate, and amplify the individual successes of our Hawaiʻi public, public charter and private schools towards innovation in student-driven, real-world learning for ALL. This Executive Design Lab experience, led by Kapono Ciotti, will reconnect participants after the isolation of COVID to leverage the successes of schools to create a strong network of leaders committed to learning from each other’s innovations, and educate generations of young people who will shape the future of Hawaiʻi and the world. The title of this design session is: From Schools of the Future to What School Could Be NOW.

At Schools of the Future (which follows LSOTF) things are going to get pretty crazy! I am excited to share news of the first of many iterations of the What School Could Be Fantastical Imaginarium, which is an inventive attempt to make literal and physical (with a few extra flourishes!) the rapidly growingWhat School Could Be Global Online Community. “Elements” in the Fantastical Imaginarium include a magical design thinking AgTech exhibition, a movie house, a coffee klatch, a playground (with VR headsets so you can go voyaging), an arts studio, a podcast production center, a strengths reader, a piazza with town halls (which Ted and Kapono will lead), a wellness concession, a museum of discovery, a coach’s corner and a Goodnight Moon book study nook! Whaaat? The Fantastical Imaginarium is a space where one might imagine the child born of the best of Hawaii’s public, public charter and private schools, but with a carnival atmosphere. It’s a place where one can imagine everything that happens is grounded in wonder and inquiry. It’s a space where the essential question is: What could school be? If YOU are attending SOTF 2022, come hang out in Room 311, the Fantastical Imaginarium. (But watch out for rabbit holes, Mad Hatters and cupboards with marmalade jars!)

Book-ending Ted’s 13th visit to Hawai’i will be two in-person screenings of The Innovation Playlist, a film co-produced by Josh Reppun Productions and Waianae Searider Productions; the first at the new Waiʻanae High School Searider Productions facility and the second at Le Jardin Academy in Windward Oʻahu.

Speaking on behalf of the entire What School Could Be team, we are PUMPED about Tedʻs 13th visit to our state. In so many ways Ted is now, to use a Hawaiian term, hānai, adopted into our educator family and our greatest cheerleader. Mahalo, Ted and see you soon!

PrevPreviousWhy Is School Important?
NextThanksgiving as an Intercultural Opportunity: Shifting Classroom Practices to Move Beyond the Single StoryNext

Dear members of The What School Could Be community, Welcome to the start of an exciting 2023! If you start reading this, please read to

Thanksgiving as an Intercultural Opportunity: Shifting Classroom Practices to Move Beyond the Single Story

While the Thanksgiving holiday is viewed as a celebration of friendship and family in many homes and schools, with a story of positive relationships across

We won’t bombard your email in-box, and we absolutely promise to never, ever share your email address with others. But sign up here for occasional updates from us.